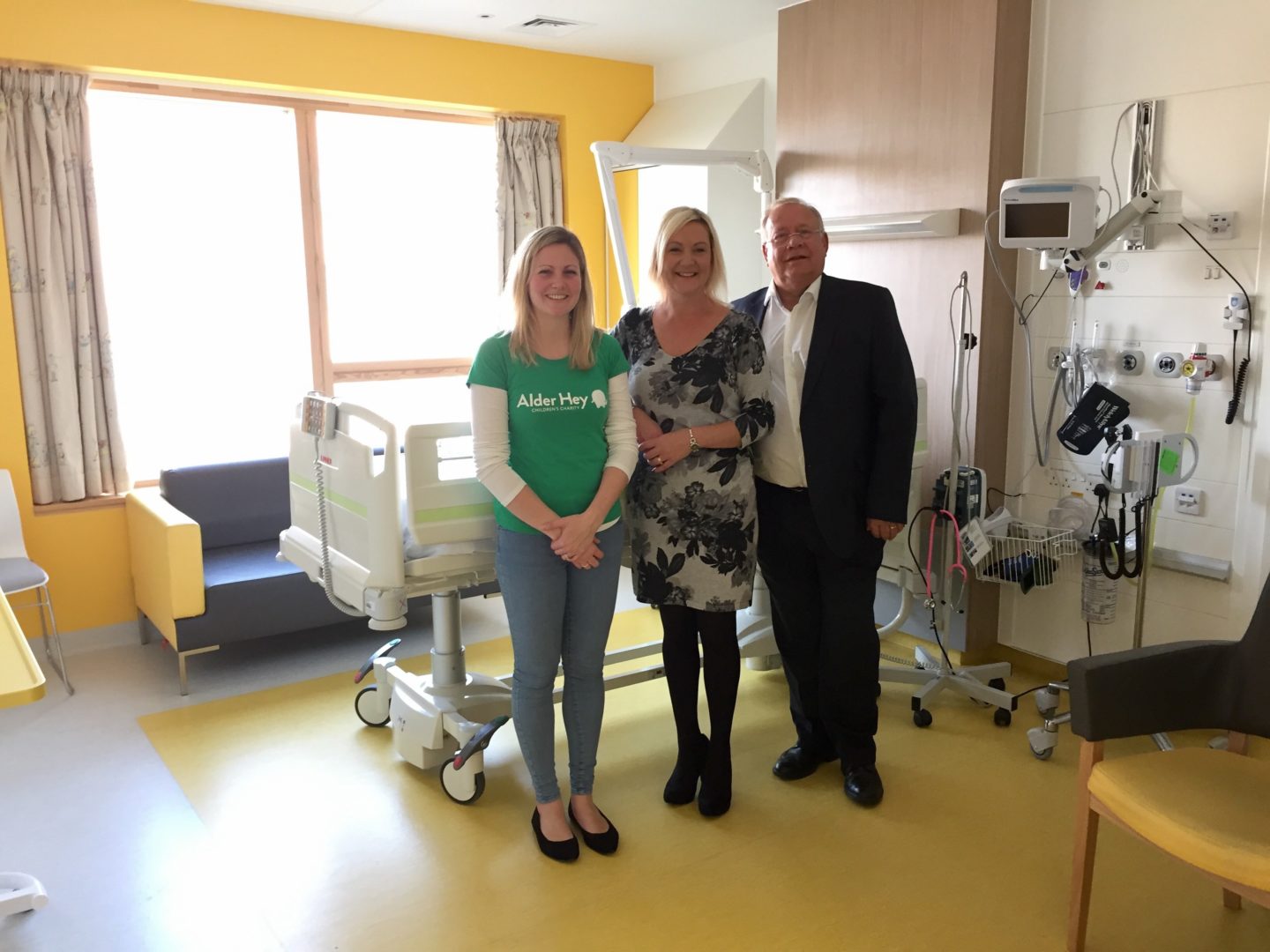 ​A HUGE charity initiative by Russell Taylor Group is helping to make a vital difference to the lives of sick children and their families.

Hi-tech state-of-the-art bedrooms are now in place at the new Alder Hey Children's Hospital in Liverpool – two of them thanks to the fundraising efforts of Russell Taylor and its sister company Recruit Right.

£10,000 raised by staff based at the business headquarters in Bromborough, Wirral.

The Russell Taylor Room and the Recruit Right Room, named in recognition of the two companies' support for the hospital's fundraising appeal, each include facilities such as a specially-constructed bed for parents so they can stay close to their child, services hidden behind the bed-head panels and visual technology so young patients can project images on to the walls.

After a tour of the new hospital, built adjacent to the old Alder Hey and completed in September, Russell Taylor Group chairman Peter Russell

said: “NHS funding only covered costs of the rebuild and essential fit-out and another £30m was needed to make the hospital child and family-friendly.

“This is where the Russell Taylor Group team was determined to make a difference. As a business that places massive importance on family values, getting behind this project inspired and motivated everyone to reach the £10,000 target to pay for these two special rooms.”

Peter, who raised £2,000 himself “doing time” for Alder Hey by getting locked in his office and only being allowed out after business associates paid a ransom to free him, continued: “The new hospital is stunning and innovative and will provide an amazing service for children and families from all over the region.

“Staff at Russell Taylor Group have a reputation for their energy and enthusiasm when it comes to getting involved in charity fundraising – whether working as a group in the workplace or doing individual challenges.

“This, however, was by far the biggest and most ambitious initiative ever undertaken and shows their true commitment to the community and to help make a difference to the lives of sick children.”

Recruit Right director Helen Cornah added: “We all knew a huge challenge was facing us but everyone wholeheartedly threw themselves into it and came up with some brilliant fundraising ideas.

“Ours is a high pressured work environment yet staff still found time to devote to this amazing new facility at Alder Hey.”

270,000 children, young people and their families every year. The new hospital project cost more than £270 million and provides a facility unlike any other in the United Kingdom for the treatment and care of children.