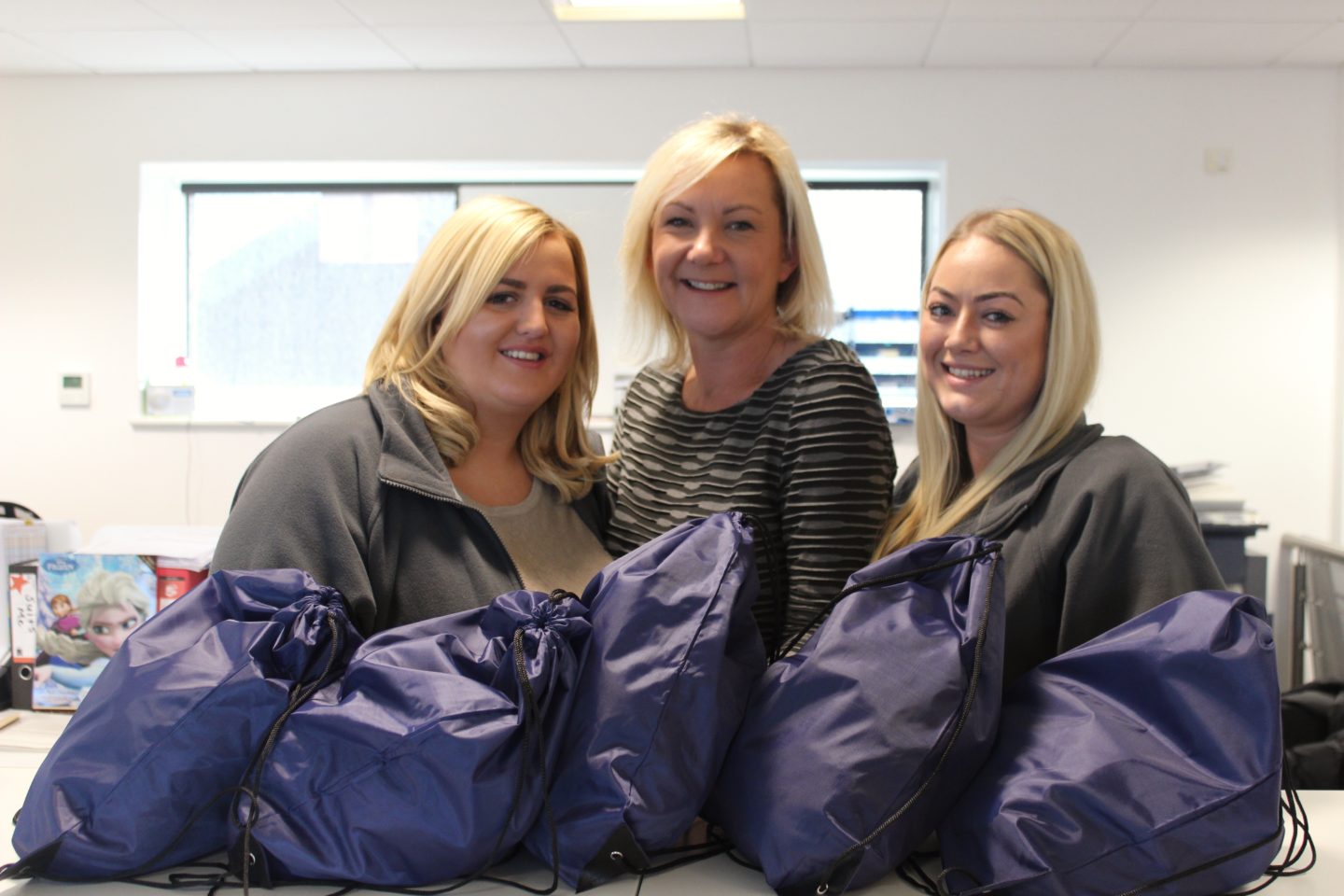 ​Recruit Right has answered a crisis call to help vulnerable people living on the streets this winter.

The company helped to fill a total of 65 rucksacks full of essential items such food, clothing, toiletries and blankets to help bring comfort to the homeless as part of the annual Rucksack Challenge organised by Wirral Chamber of Commerce.

The filled bags were handed over to Wirral YMCA and Birkenhead's Charles Thompson Mission which supports the poorest in the local community.

Recruit Right joined the company-wide initiative supported by sister company Russell Taylor and the rest of the workforce from Russell Taylor Group's headquarters in Bromborough, Wirral, and its satellite offices in the North West.

Recruit Right director Helen Cornah said: “This is the second year Recruit Right has become involved in the Rucksack Challenge and makes us focus on those less fortunate as ourselves, particularly at this time of the year when most of us are thinking about what a good time we'll be having at Christmas.

“Food and warmth are things we perhaps take for granted while, for hundreds of local people, winter is just a time of loneliness, shelter if they're lucky but maybe only a cold street while sleeping rough.”

Russell Taylor Group managing director Ben Russell, a patron of Wirral Chamber, added: “The hardship of living on the streets is something incredibly hard for most of us to even imagine.

“But the problem is real and close to home. Last year, YMCA Wirral provided 2,745 bed nights to people in crisis so the least we could do was rise to the challenge and take part in this year's initiative to help those in need.

“Each rucksack represents every member of staff who, by getting involved in something as vital as this, understands the importance of playing their part in supporting the local community.”

Paula Basnett, chief executive at Wirral Chamber of Commerce, said: “To make a success of the Rucksack Challenge, which makes a difference to so many lives, we rely on our business community to work with us for donations to help both YMCA Wirral and the Charles Thompson Mission.

“Management and staff at Russell Taylor Group are well known for their generosity in supporting charitable causes so we were delighted when they delivered 65 donation bags, one bag from each member of its staff. It was a wonderful gesture.”