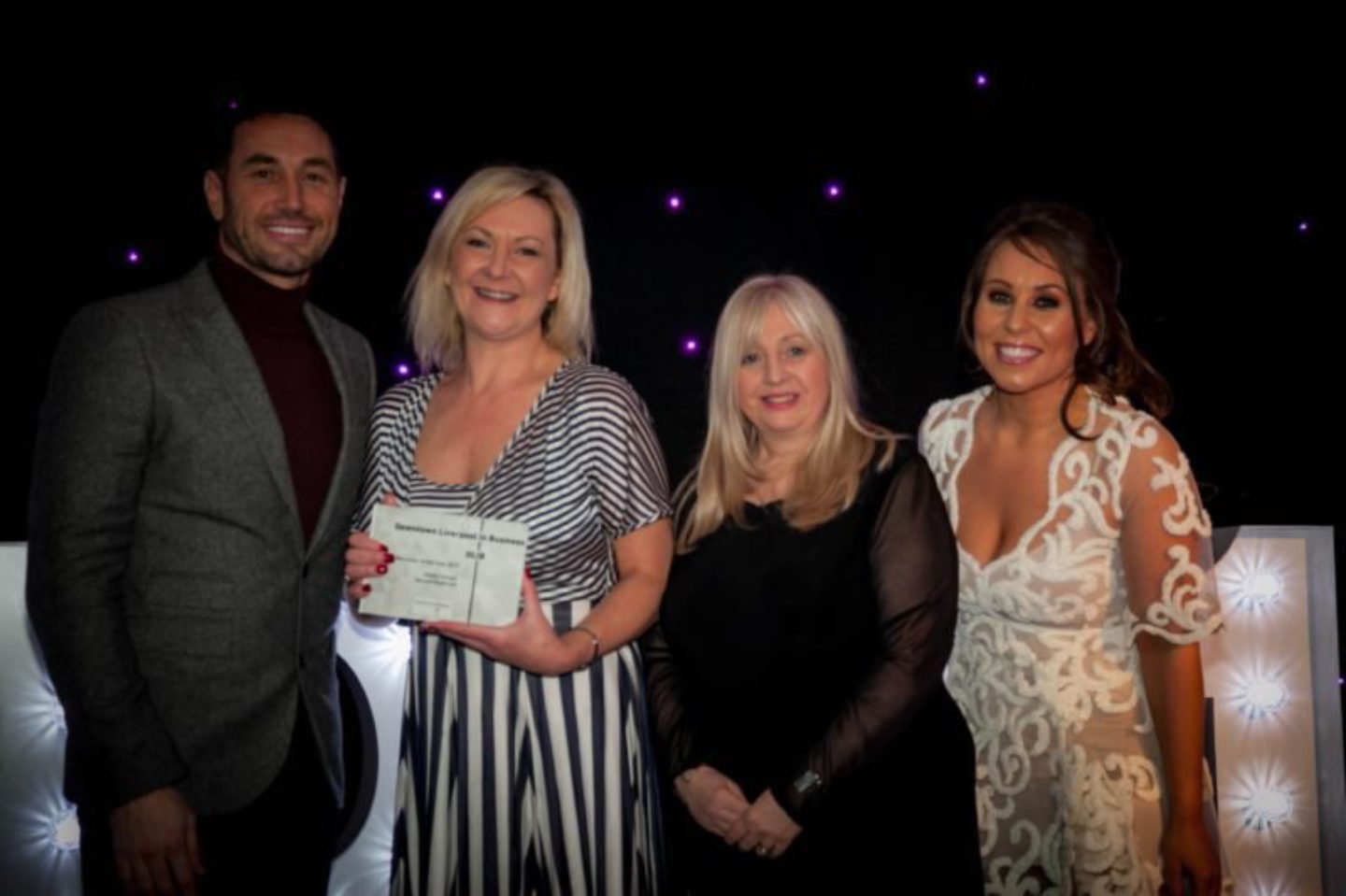 ​RECRUIT Right director Helen Cornah has been named Best Recruiter of the Year at one of the region's biggest business awards events.

Helen received the accolade at the Women in Business Awards 2017 which celebrates the success of female high-flyers and entrepreneurs.

The ceremony was hosted by Downtown Liverpool in Business, one of the most influential business organisations in the North West, and held at the Liverpool Crowne Plaza.

Helen's recognition as a leading force in the industrial and commercial recruitment industry comes at a time of an ambitious growth programme for the business whose headquarters are on Riverside Park in Bromborough.

Already celebrating record-breaking figures of placing temporary workers in employment on Merseyside and in the North West, the company is focusing its expansion plans on newly-opened offices in Manchester and Blackburn and creating a new satellite office in Wrexham to support burgeoning Welsh businesses.

Helen said: “To receive this award as Best Recruiter of the Year is an amazing achievement for a business that's grown in only five years from a small team of consultants to one which has become a major player in the world of recruitment, winning major contracts to supply temporary workers through reputation and service and increasing its own staff five-fold.

“However, I couldn't have reached this position without the loyal, focused and motivated team here who have grown and developed with the business, providing a top class service day in, day out.

“To get it right in the recruitment industry means looking after people – your clients, your candidates and your own staff. From start-up, the vision was not to become just another high street recruitment agency but one where people focus drives its culture.”

Congratulating Helen on her success, Paula Basnett, chief executive at Wirral Chamber of Commerce, said: "We are delighted that Helen has been recognised as the Best Recruiter of the Year, it is a well deserved award.

“It is a tribute to Helen and her staff that the work they do has been acknowledged."

Downtown Liverpool in Business chief executive, Frank McKenna, added: “The calibre of nominations for this year’s awards was simply outstanding.

“I'm incredibly proud to be operating in a city that is succeeding in smashing the glass ceiling. Liverpool elevates women in business and is spurring on generation on generation of female role models.”