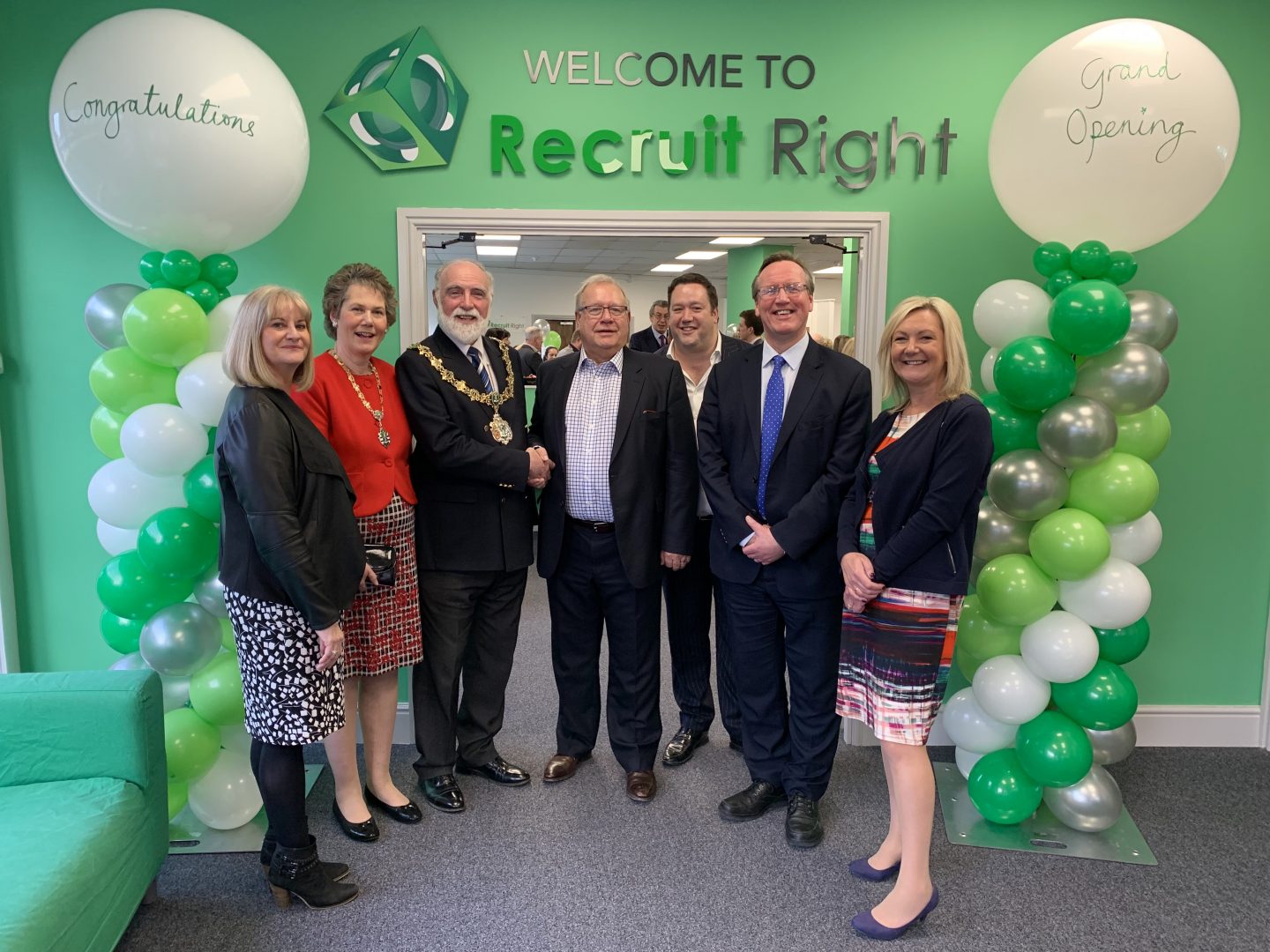 ​The company’s decision to create a new headquarters matches the vision of the Wirral Growth Company -  a joint venture between Wirral Council and its commercial partner Muse Developments to fast-track local economic growth – to regenerate Birkenhead and create thousands of local jobs.

At the official opening of the new offices, Wirral Council leader Phil Davies said: “Birkenhead is set to benefit from landmark developments that will bring investment, jobs and prosperity over the coming years.

“The target figure of local labour to deliver these projects has been set at 60 percent in a bid to tackle the area’s skills gaps.

“This move by Recruit Right, with its vision and confidence to set up headquarters in the town, gives them a head start to get local people into work.”

Recruit Right, part of Russell Taylor Holdings which has just been named as the UK’s fastest growing privately-owned recruitment business, currently has 12 staff who will be working chiefly in the call centre and industrial sectors.

The Argyle Street office is the latest venture for the expanding business which also has recruitment centres in Blackburn and Greater Manchester.

Director Helen Cornah said: “This is our first ‘high street’ operation on Wirral and puts us in pole position to recruit local labour as the regeneration plans for Birkenhead begin to take shape.

“Already we are being seen as a market leader in the North West’s industrial and commercial recruitment sectors and our new Birkenhead enterprise is set to reinforce our growth ambitions.

She added: “A huge advantage of the new location is that it places us close to a major client - The Contact Company – which means our on-site services can be further developed and expanded.

“Looking to the future, the estimation of new jobs as a result of regeneration and construction plans for Birkenhead has been put at around 3,000, an incredible shot in the arm for our local communities.”

The official opening ceremony of the new premises was performed by the Mayor and Mayoress of Wirral, Cllr and Mrs Geoffrey Watt. Cllr Watt  said Recruit Right’s decision to locate in the town meant that Birkenhead “was now officially open for business”.

Peter Russell, chairman of Russell Taylor Group, described the move as being “central to an exciting skills and employability drive linked to the area’s revival”.

He said: “The bold decision to be in the heart of Birkenhead puts Recruit Right in a strategic position to be central to the area’s revival and is part of the Russell Taylor Group ‘family’ vision to support and strengthen our local communities.

“Although we are by far now the fastest growing, privately-owned recruitment business in the UK – the company is an emerging national player with growth set to continue - our family and business roots remain on Wirral where we add our brand to support the lives of local people.”

Russell Taylor Group has already begun championing the cause of putting local labour as top focus of the multi-million pound regeneration plans for Birkenhead.

Peter continued: “Key to making the area’s revival plans a reality is strong partnerships and collaboration between employers, educationalists and training organisations to create a vibrant economy driven by a local workforce.

“Commitment to ‘buying local’ needs to be our main focus to see these ambitious regeneration projects come to fruition. That means hiring, training and developing the borough’s own people to ensure there is a continuous supply of skills and labour to turn around the fortunes of Birkenhead.

“Pulling together to change the current Birkenhead image as a place of deprivation with the lowest national average incomes can be changed by planning now to put top priority on providing a local, highly-skilled workforce to fill these jobs.”